A New Vision For Africa

“The Beautiful Game” highlights how Africans are using soccer to lift up themselves and lift up their communities. The film is committed to a brighter vision for Africa. We are supporting five fantastic not-for-profit organizations who are effectively turning that vision into reality. 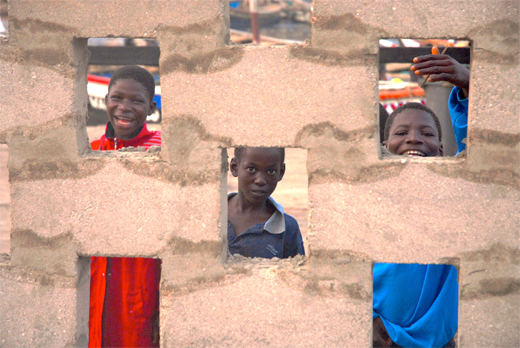 “The Beautiful Game” is a positive film that features strong, endearing characters but also touches on key African issues such as underdevelopment, representation, social imbalance, the relation of Africa to the rest of the world, and Africa’s autonomy. We have made the film for everyone, not just for soccer fans. We also hope for the film to become an inspiring and effective tool for organizations, schools, church and social groups. We are developing fun study packs to accompany the film. We hope that “The Beautiful Game” entertains and also educates.

Please keep up to date with “The Beautiful Game” on Facebook, Twitter, Tumblr, and by signing up for our email newsletters [see right side of page].

We remain grateful for all of those who helped make this film possible. Please take a look at our list of supporters.

Africa10 is a movement to promote excellence and demonstrate unity through the transformative power of sport.

The Right to Dream Academy

One of the most impressive organizations we encountered while making “The Beautiful Game” was the Mathare Youth Sports Association (MYSA) in Nairobi, Kenya. They are self-organized and feature almost 20000 members. They also featured heavily in the film as both Francis and Charity are part of MYSA.

Grassroot Soccer uses the game to increase awareness of HIV and AIDS. They are based in South Africa but they work all across the continent. So far almost 500,000 kids have graduated from their HIV prevention program. They have been a partner of our film from the outset.

To find out where the film is playing and how to organize a screening of “The Beautiful Game” in your organization, school, church group or community, discover more about our screenings.

We would like to thank our supporters who helped bring “The Beautiful Game” to the big screen.

Without their help these amazing stories could not have been told.