“The Beautiful Game” aims to showcase the spirit of Africa through music, imagery and soccer. We dramatize how deeply a sport can impact and can unite a continent. Four years in the making, the “The Beautiful Game” team has travelled across the continent collecting unique and inspiring stories about soccer. 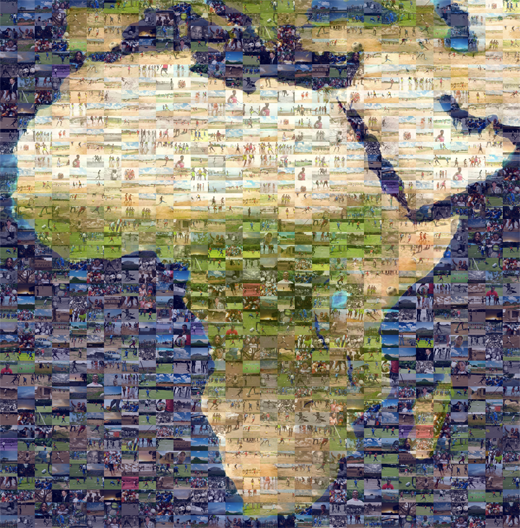 Director - Victor Buhler has made award-winning documentary and fiction films. His documentaries include “Rikers High” - which was nominated for an Emmy and won at the Tribeca Film Festival – as well as the upcoming “A Whole Lott More”. Victor has also written and directed television drama in the US and in the UK: for MTV, 20th Century Fox, the BBC and Channel 4 UK. He directed the series “Sirens” which debuted in the UK in 2011.

“A soccer game is a great way to get something done in Africa. Before a game or during halftime you can raise HIV awareness, run for president, or organize your community. And the advances that African soccer players are making is impacting other areas. For instance Emmanuel - featured in our film - may or may not end up playing soccer for the rest of his life. But Emmanuel will take his experiences and his fantastic education back to Ghana and he will help his own community and his country grow.”

Producer - Julian Cautherley is an award-winning director and producer whose projects have participated at festivals such as Sundance, Deauville, Berlin, SXSW and Tribeca.  As producer, in release is his award-winning documentary The Crash Reel following the dramatic fall and rise of snowboarder Kevin Pearce a traumatic brain injury survivor.  Directed by two time Oscar nominated filmmaker, Lucy Walker, the film premiered at the Sundance film festival and was nominated for a Gotham Award and a DGA Award among others.  Previous projects include the award-winning documentary Rock Paper Scissors: A Geek Tragedy and the award-winning narrative feature Greencard Warriors in which the promise of a better life is shattered when two families are confronted with the brutal reality of raising their children in Los Angeles.

“In filming ‘The Beautiful Game’, we wanted to capture the feeling we saw on the faces of African kids across the continent when we brought out a soccer ball from the back of our production van. There are no language barriers in the world of soccer; when there's a ball, everyone plays.”

To find out where the film is playing and how to organize a screening of “The Beautiful Game” in your organization, school, church group or community, discover more about our screenings.

We would like to thank our supporters who helped bring “The Beautiful Game” to the big screen.

Without their help these amazing stories could not have been told.